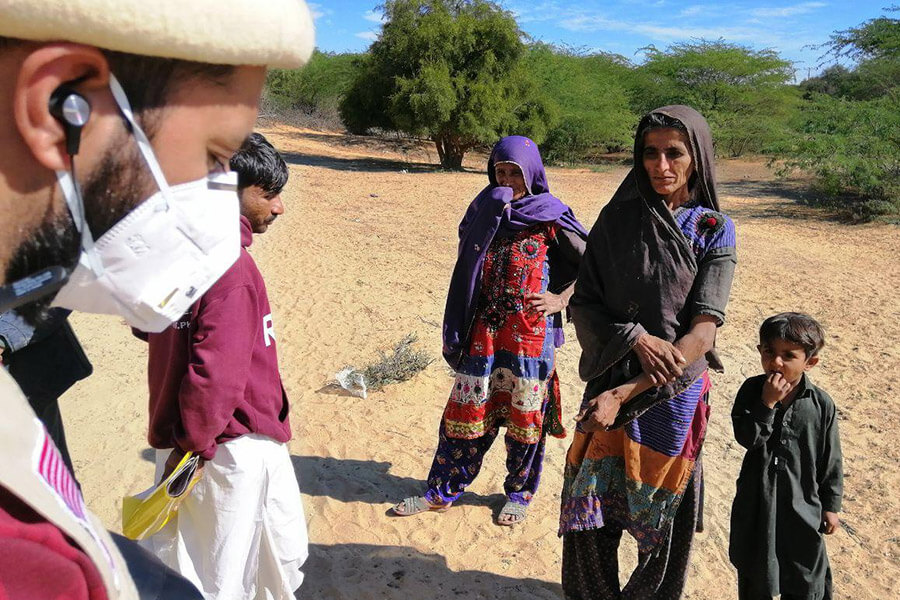 Between 2011 and 2016, over 1500 children under the age of 5 died in the Thar Desert, Pakistan. Within the first ten days of 2016, 17 children had died of starvation. Doctors say that malnutrition is the most common cause of death.

Sadly, this is nothing new for the district. Frequent drought kills not just people, but also the livestock that residents depend on for their food, milk, and livelihood. The majority have little to no access to healthcare, and the average distance to the nearest health facility is 17km.

These droughts are predictable and regular, making death avoidable. But corruption and a lack of coordination mean that government-sanctioned aid often doesn't reach those who need it.

The Tharparkar district is one of the harshest environments in the world. Without help, people will continue to die of starvation.

Our programme in the Thar Desert provides 14 schools with daily school meals. That's  nearly 1,500 students who are given freshly cooked food at school every day.

Because of the drought, families were in constant migration in search of food. For the minority that could afford to send their children to school, moving meant children never had the chance to complete their studies.

Now that we guarantee schoolchildren a daily meal, families can settle in one place, and parents encourage their children to attend school.

Charity Right Malaysia is a project under Mercy Mission Malaysia, a registered organisation with SSM and LHDN.